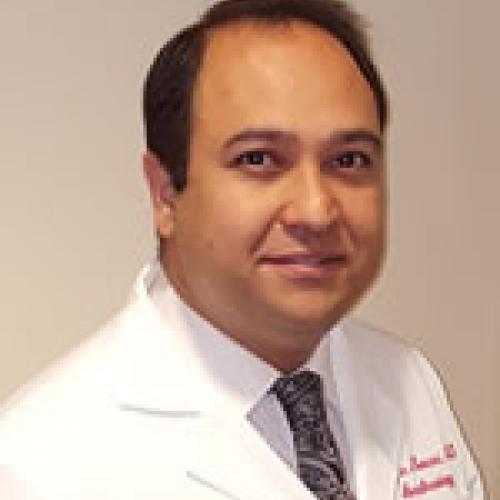 Dr. Shahryar Mousavi is originally from Iran where he attended a top national medical school, Tehran and Isfahan Universities of Medical Sciences, and received his Medical Doctor degree in 2001. He began his practice as an Internal Medicine Physician where he provided care for underprivileged neighborhoods and participated in a national vaccination program.

In 2005, he relocated to the United States. He initially worked as a researcher in the United Medical Center, for 3 years, before beginning his residency in General Medicine in Syracuse, NY. He completed 2 years of General Surgery Residency followed by 3 years of training in Anesthesiology at the State University of New York Upstate Medical University. Upon completing his Residency, he joined the Fellowship Training Program in Interventional Pain Management under the supervision of nationally known and pioneer of Pain Medicine, Dr. Sebastian Thomas. During his Fellowship, he was a primary researcher in multiple IRB approved projects. Dr. Mousavi has participated in numerous scientific presentations and publications in NY State and national conferences. He served as President of the NY State Society of Anesthesiologist Resident and Fellow sections functioning as a team leader to improve the education and practice of anesthesiology in New York State.

Recently, Dr. Mousavi relocated with his family to the Orange County area. He is dedicated to providing his patients with compassionate care utilizing a number of treatment options to reduce or eliminate their pain. He specializes in non-invasive and minimally invasive pain management procedures such as peripheral nerve blocks and spinal cord stimulation. His training in medicine and surgery allow him to apply multi-modal treatments to his patients to improve their function and quality of life.